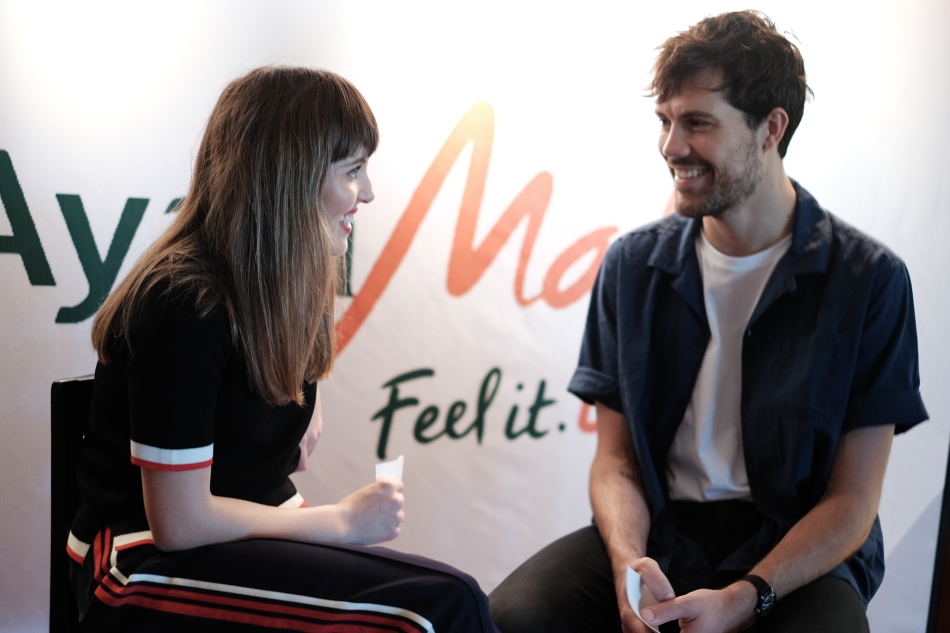 Seriously, can you name a more adorable duo? Josephine Vander Gucht and Anthony West, collectively known as London-based alt-pop band Oh Wonder make dreamy, positive music together, and they’re in Manila for a series of concerts at the Ayala Malls.

Known for having created a 100% DIY first album over a period of one year, and then rocketing to fame after reluctantly booking gigs all over the world, Oh Wonder returns with their latest single from their follow-up album of the same name, “Ultralife,” It’s their most uptempo song to date, and it sets the vibe for their latest release. In just a span of a few months, Oh Wonder has toured the globe with 162 shows and sold over 83,000 tickets. Not bad for an “experiment,” which the duo says is how it all started.

“We never pushed this project. It has always felt like it’s pulling us along. We initially put our songs on SoundCloud hoping to pitch them to other artists. What happened next surprised us as much as anyone. Almost from the moment we began, we felt a connection with fans. We had both put out music before, but never had such a rapid response. We were anonymous at that time. Not even our friends knew what we were doing,” shared Josephine.

Now, Oh Wonder has a huge fanbase in Manila, consisting mainly of millennials. Their honest approach to music (they recorded their entire first album at their home studio) and writing results in a fresh alternative to pop has been embraced by fans, who also happen to adore them as individuals. And how could they not? Josephine and Anthony are chill and thoughtful and fun — much like their songs.

If you haven’t gotten a chance to listen to their latest album yet, may we suggest starting with High on Humans? It’s a creatively written upbeat song with hints of early 2000s pop (a push and pull between love themes and darkness in minor chords) and the makings of a club favorite. Heart Strings is the perfect jazzy tune to listen to on a Sunday morning drive. Lifetimes is emotionally groovy and, Josephine says, was the most challenging to write. And of course, Ultralife, which is the quintessential Oh Wonder song, positive, upbeat and infectious.