Most teen dramas about social issues suck because they come across as preachy and inauthentic. The Politician, Netflix’s latest series by Ryan Murphy and Brad Falchuck, appears to make an attempt at addressing this with theatrics — you can’t call something inauthentic if its purpose is to mirror it. Its title leads us to presume that the show is about politics, but a huge chunk of it is about privileged high school teens struggling with rich kid problems. How to get into Harvard without buying a building? How to get Daddy’s attention? How to win the student body election and eventually become the President of the United States?

It’s all very intriguing and watchable. If you loved Glee, you’ll get a glimpse of it everytime Ben Platt (Payton Hobart) sings or delivers a speech at the school auditorium. If you liked AHS, Jessica Lange’s unwavering portrayal of doting yet overbearing grandmother to Zoey Deutch’s Infinity Jackson will make you miss Coven’s Fiona Goode. At certain points one would wonder what if Evan Peters had played the Payton Hobbart — would the show have taken a different direction? But Platt was selected for a reason: he convincingly portrays a character with such terrifying ambition and inflated sense of entitlement, along with fragile innocence, and to be honest, the ignorance of a sheltered youth. Payton grows on you, and you root for him, however misguided his goals may be.

The show has its breakthrough moments, when it succeeds at transplanting the dirty culture of politics in the pretty package of teenage bodies and reveals the sense of humanity that’s often hidden, or even absent, in actual political figures. But more than a political drama, it is first and foremost a comedy. It’s not Dear White People, people, and despite the heavy subjects that it sometimes tackles (so expositionally that the scenes sometimes feel out of place), taking it too seriously would be a tremendous waste of a chance at getting entertained.

Scenes with Gwyneth Paltrow are particularly amusing. Although she plays a mother of three teenage boys, Payton included, she is never a character, just always Gwyneth, tending to the garden, looking glamorous in a convertible. It’s all very GOOP: cold, disconnected, and unconcerned. There are moments when you feel like you’re watching a Wes Anderson film — dysfunctional family, quirky music, familiar camerawork — and then Lange starts yelling, or somebody starts singing Joni Mitchell and you remember that you’re watching a Ryan Murphy creation.

The aforementioned Zoey Deutch (Disaster Artist, Set It Up) charms as Infinity, a handicapable teen who ends up being Payton’s running mate. Lucy Boynton (Bohemian Rhapsody) plays the vapid Astrid, a central character that fails to relay any depth or emotion; — a waste, really, she could have been interesting. Astrid’s father, played by another AHS alumnus Dylan McDermott, of course does a good job at being a womanizer. Julia Schlaepfer (Madame Secretary) transforms as Alice, Payton’s loyal girlfriend.

Mid-series, the show’s message gets muddled by a series of unfortunate events, which you’d hate, if you started watching it for its supposed politics, but it’s exactly the bad-to-worse-to-WTF-is-happening kind of unraveling that the creator’s fans would appreciate and find hilarious. The Politician won’t be everyone’s cup of tea, but it’s hot, tasty, and served on a Gwynnie-approved platter. Anyway, faux wokeness and privilege of any sort will always be fun to watch. In the very first episode, Payton drops the line: “Don’t diminish your accomplishments to soothe my ego.” They get points on the polls just for that one.

PLOT: Payton Hobart (Ben Platt), a wealthy student from Santa Barbara, California, has known since age seven that he’s going to be President of the United States. But first he’ll have to navigate the most treacherous political landscape of all: Saint Sebastian High School. To get elected Student Body President, secure a spot at Harvard, and stay on his singular path to success, Payton will have to outsmart his ruthless classmates without sacrificing his own morality and carefully crafted image. Created by Ryan Murphy, Brad Falchuk and Ian Brennan, The Politician offers a comedic and satirical glimpse into just what it takes to make a politician. (Courtesy of Netflix)

The Politician premieres on Sept. 27 on Netflix. 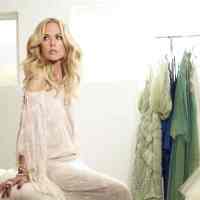 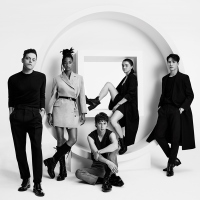