Where I stood was the best “floor seat” I was told — right behind the barrier, a few steps away from the edge of the stage. I could hug the cameraman and security personnel who served as the last line of defense, if they allowed me to. Tasked as the supervising adult to a group of barely legal young adults, I found myself at a BTS concert in Las Vegas with my nieces and their friends. Just several weeks back, I accompanied my best friend to the Seoul leg of the tour because she dragged me along. It can be concluded that ARMY are everywhere.

Disclaimer (before I get trolled): I’m not a fan (at least not yet), nor do I know all the songs apart from My Universe, Mic Drop, Home, and the all-English songs. Other than that, I’m just a bystander trying to understand the culture that is K-Pop and how these seven upstanding and good-looking gentlemen have managed to turn the Korean music industry into a billion dollar source of economic growth for South Korea. There’s no doubt that BTS have taken over the world and solidified the country’s place on the map when it came to Korean music. Now if only people at the Recording Academy actually listened.

No amount of adjectives would aptly describe what happens at a BTS concert. Allegiant Stadium was electric to say the least. Everywhere I turned, fans were smiling through their masks, giddy with excitement. You can feel happiness in their eyes. They deserved it — having waited for two years for an offline concert from their favorite idol group. So much so that tickets were sold out in a matter of seconds.

While most of the US were already unmasking, the majority of the audience at the BTS concert decided to keep their masks on as a safety precaution. “It’s just respectful and the right thing to do,” I heard a couple of fans behind me talk about the conscious choice ARMY made despite the Allegiant Stadium announcement that masks were no longer required. Positive vibes were evident, it glowed in the air. This is the BTS effect: friendly, warm and uplifting.

It was a tad bit different for the PTD Seoul leg of the tour, however. Fans were excited and happy for sure. You would know with the way the 15,000-strong audience for each day of the Seoul show, marched into Jamsil Olympic Stadium for soundcheck. They were hyped – – ready for Jungkook to lose his buttons in Fake Love, V growl to Idol, Jimin switch from cute to sexy in Dope, or watch J-Hope thrust his hips to Silver Spoon. This was their chance to witness Suga wiggle, gape at Jin’s singing and lose it to RM rapping. Permission to Dance Seoul was pegged to be awesome because it was home to the OT7. Everything just hits different when you perform in your country, with home court fans.

The catch? Fans weren’t allowed to scream, sing along, let alone dance (the irony of it all) while the concert was ongoing. It was a seated concert. Literally at that. We had clappers to use in place of the screaming and the chanting. Frustration and pent-up excitement that needed to be let out by the audience was unmistakable but not shown, lest it tainted the atmosphere with negativity. I couldn’t count the number of times my best friend slapped my shoulder or pinched my leg because she was so excited but couldn’t shout due to COVID-19 concert restrictions. You got to hand it to the K-ARMY, they were the best troopers for restraining all their screams just to witness BTS perform live again. Baffling as it was to sit throughout the show, it was a priceless night.

They Are, When Together, Bulletproof

Watching both legs of the concerts, you get to realize why BTS is an idol group that is adored by many regardless of age, color, race, gender or preference. This is a group whose precision can be matched to synchronized swimmers. There were no off beats, no missed steps. Choreography was executed naturally as if they were walking. Every single movement was achieved with exactness and grace. Each performance delivered flawlessly — and this is just scratching the surface.

Teamwork is a given. But to pull-off performances as if it were always their last, was another thing. There is an invisible thread of trust that glues these seven guys together. As an outsider to the BTS-ARMY relationship, you sense this when you observe the group perform. It was even more evident when Jin had to sit it out for some parts of the concerts at Las Vegas due to his minor injury. Props to this member who gave his 200% despite one hand in a cast. They may not need to verbalize it, but they emanate it. BTS is called OT7 for a reason — they are at their best as seven, moving as one.

Perhaps this is the reason BTS have so many fans — theirs is a sincerity that is not often felt (nor seen) from other artists. They give, and they give selflessly.

Proof That a BTS Comeback is Worth the Wait

At the last show of PTD Las Vegas, RM had declared the end of the Permission to Dance era. What was supposed to be just a one time thing turned into a mini tour to remind people that pandemic or not, all will be well with hope just around the corner.

As with every end, a new beginning. A comeback that has been waiting in the wings has been scheduled for June 10 — 3 days shy of their debut anniversary. The group’s music label, BIGHIT, dropped the album trailer, dubbed PROOF, last May 4. 50 minutes after the release, the video already had 1.8M views. According to their Weverse app, “the BTS anthology album that embodies the history of BTS will be released as they begin a new chapter as an artist that has been active for nine years to look back on their past endeavors.” Pre-order is now available via the app.

BTS are sitting on top of the world as they should. They just finished a hard to top performance at the Grammys, are ambassadors of climate change and sustainability for big brands like Samsung and Hyundai and are special presidential envoys for future generations and culture of South Korea, as they enter their 10th year in the music industry together as a group. As the world cautiously opens its borders, ARMY can rest assured that BTS will be there, advocating for the causes that impact humanity and creating the best music that is yet to come. 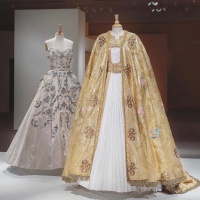