To say that Carly Rae Jepsen is an iconic figure in pop culture is an understatement.

After all, over the past decade or so, the Canadian singer has risen to unprecedented levels of cult stardom, having released songs and albums that somehow speak to each and every one of us in scarily accurate ways we’re almost tempted to check if she’s an astrologer herself.

In celebration of the Queen of Bedroom Pop and Cry-Dancing’s upcoming Manila show, we thought it’d be fun to pick songs from her discography and match them with each of the twelve signs. (Spoiler: It’s hard. She has too many songs and masakit siya sa ulo)

According to the stars (AKA my Google search results while doing research for this story) your herd (Get it? Herd? Rams? Okay) are often described as being courageous, determined, and optimistic, but at the same time, prone to impatience, mood swings, and bouts of aggression and *gasp* selfishness.

A stereotypical fire sign, Aries are also known to be bold and ambitious, with the proclivity to dive headfirst into challenges, making them the perfect musical match with Carly’s No Drug Like Me.

One of the most *chill* of all the signs, Tauruses are considered by many to be incredibly reliable, patient, and stable. However, Tauruses are also known for being quite stubborn, possessive, and uncompromising. Translation: good luck na lang if you’re arguing with a Taurus.

Ruled by the planet Venus which is said to correspond with love, beauty, and sensuality, Tauruses are easily enchanted by physical manifestations of luxury. Make no mistake however: Taureans aren’t afraid to roll up their sleeves and work hard. Just make sure you’ll give them their just rewards when the dust clears.

Alexa, play All That.

Those born under the celestial Twins have been, unfortunately, misrepresented as two-faced (go figure!). However, this couldn’t be further from the truth.

Governed by the planet Mercury which represents intellect, Geminis have an intrinsic duality, which often manifests in their being curious, adaptable, and quick-witted. The downside to this though is that these hyperactive air signs often have short attention spans (fight me!).

The Zodiac’s emotional center, Cancers are known for being tenacious, loyal, sympathetic, nurturing, and persuasive — a manifestation of their connection to the Moon, which is said to exemplify comfort, self-care, and maternal energies.

Linked to the classical element of water, Cancers are best known perhaps for being emotional: slight them and just like their celestial animal, they’ll retreat into their shells to tide things over; get on their good side, and they’ll happily Cut To The Feeling with you.

If you have a friend in your circle who’s nearly impossible to miss, chances are, that friend’s a Leo.

Born under the celestial Lion and governed by the Sun, Leos are known for being born leaders, for being dynamic, theatrical, and passionate, as well as for being incredibly creative. Being quite an ambitious and prideful (Pride? Lions? Okay, I give up) lot however, Leos are prone to several negative traits which often manifest as arrogance, inflexibility, and self-centeredness.

A word to the wise: Give Leos some love. You can thank us later.

An earth sign represented by Demeter, the goddess of wheat and agriculture, Virgos are known for being cerebral practical, and systematic — traits that have often led to them getting stereotyped as being all work and no play.

Often dubbed as the “computer” of the Zodiac, a Virgo’s brain is often in overdrive, making them one of the most hardworking of signs. It must be said though that all of this can make Virgos especially prone to worry, which often manifests in them becoming overly critical of themselves and others, kinda like Miss Jepsen in her 2019 single Too Much.

If ever you find yourself becoming the unofficial peacekeeper in your circle, then congratulations, you’re basically a card-carrying Libra. Or maybe you have it as your ascendant. Whatever.

Just like the Scales that symbolize their sign, Libras want things to stay balanced, often studying every possible angle in order to minimize conflict and maintain peace and harmony. A bit of a warning though: this penchant for fairness often gets misconstrued for fickle-mindedness and being indecisive.

One of the misunderstood of constellations, those born under this fixed Water sign are often described as being “calculating” and “passionate” — said to be manifestations of its ruling planet Pluto which governs the aspects of destruction and transformation.

Don’t be fooled by the negative rep they managed to gain over time though: Scorpios exhibit unparalleled empathy, depth, loyalty, intimacy, and commitment towards the people they care about.  Translation? Much like the animal they’re named after, Scorpios won’t hesitate to jump and unleash their sting on others who would dare harm them or their friends.

PS: Scorpios crave physical intimacy. Get on their good side and play Warm Blood.

The Archer of the Zodiac, Sagittarians are always on a quest: going on trips, exploring new passions, and learning new stuff like there’s no tomorrow.

Governed by Jupiter — AKA the planet of abundance and growth — Sagittarians are effortlessly magnetic, thanks largely to their idealism, sense of adventure, great sense of humor and sharp wit. It goes without saying though that Sags need to keep their razor-sharp quips and overflowing enthusiasm in check and not overstep boundaries because if they’re not careful, they just might find themselves stuck with a case of foot-in-mouth disease. Yikes.

Always looking for the next great adventure, don’t be surprised if a Sag channels his inner 2015 E•MO•TION-era Carly and asks you to Run Away With (Me) him.

The last earth sign of the Zodiac, Capricorn is symbolized by the mythological sea-goat — a creature that, according to astrologers, is representative of the sign’s mastery at navigation and personal growth.

Known for their inner fortitude and their unwavering focus on getting what they want, Capricorns are often compared to Virgos in that they would often willingly do more than what’s asked of them at work (or their social lives) if it means they get to reap more benefits at the end of the day — never mind if people get to perceive them as being cold and overly stoic.

Ambitious, driven, disciplined, and the epitome of self-control, there ain’t no mountain high enough, or puzzle too complicated for the problem-solving Goats.

Play Carly’s Tonight I’m Getting Over You to get them in the mood.

That being said, Aquarians are often uncompromising and stubborn (they’re a fixed sign, they can’t help it!) and that can sometimes translate into aloofness and detachment.

The last constellation in the classic Zodiac, Pisces is represented by a pair of fish swimming in opposite directions — something which astrologers of old have considered as being symbolic of the eternal division of a Piscean’s attention.

Just like fellow water sign Cancer, those born under Pisces are considered by many to be spiritually oriented, intuitive, gentle, emotional, and compassionate. At times, however, Pisceans tend to get easily caught up with their fantasies and emotions, causing others to look at them as though they are delusional.

Here’s a tip: If you ever find yourself in the company of a Pisces, try and allow yourself to get lost with them.

0 comments on “The signs as Carly Rae Jepsen songs” 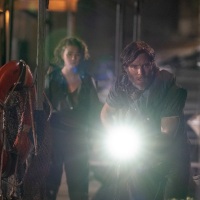 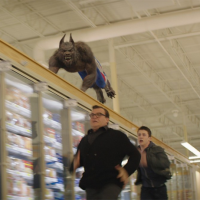 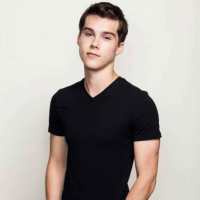