We’re at the Raffles Hotel in Makati, it’s 11 in the morning, and I think I might have prompted authors Cassandra Clare and Holly Black into arguing about their preferred versions of the Apocalypse: Holly says she wants one where unicorns run wild, while Cassandra says she’s more down with a traditional plague of zombies.

“Zombies smell,” Holly says, a look of mock disgust on her face. “But Unicorns running around, stabbing people with their rainbow horns, that’s just disturbing!” Cassandra counters. “What’s wrong with a sparkly death?” Holly replies. The two come to a stalemate, with neither bowing down to the other.

Just a typical day for two of the most well-known female voices in Young Adult fantasy.

Best known for their book series The Mortal Instrumentsand The Spiderwick Chronicles, Cassie (as Clare likes to be called) and Holly are in the Philippines to promote their latest titles: Cassie’s Queen of Air and Darkness, and Holly’s The Wicked King.

The two authors sit down GISTto talk about diversity in fiction, YA literature, the highs and lows of fan culture, and whether or not they know how each others’ books end (spoiler: they do!).

GIST: Hi Holly! Hi Cassie! You just wrapped up the “King and Queen Book Tour” for your Filipino readers. What was the experience like?

CASSIE: We had a really great time! Well I’ve never been to the Philippines and I’ve wanted to come for several years. So far the crowds have been great and everyone has been really enthusiastic: they had great questions, and they’ve been really sweet. One of the things that’s really interesting to me is that a lot of the people brought gifts and notes, which is just really nice because signings can be a bit overwhelming: you come up and only have like one or two seconds to say something so it’s really smart to write down what you want to say ahead of time, and it’s also nice for us because we have a ton of new reading material.

How does it feel, having readers from across the globe?

HOLLY: It’s interesting especially when you realize that you have readers who have been with you since the beginning, like I have readers  who are coming out with their Spiderwickbooks and Tithebooks from 2002! And seeing people all over the world with your new book feels great, right? But seeing them with your old books feels like you’ve been having a relationship with somebody that you haven’t had the opportunity to ever meet before until this time and that feels so special and different.

CASSIE: Yeah, so many people have told me that “you were in my childhood” or “you were in my teenage years” and that’s a really great feeling, you know? It feels like you’re really lucky you’ve been able to reach out across the world and form relationships with people who are far away. That’s what’s important about not just doing a video, but actually coming in person because you guys have been able to have a relationship with us but we haven’t had the chance to meet you so it’s really great to come and actually like, meet the people who’ve been reading our work.

What are your thoughts on diversity in fiction?

HOLLY: Obviously we have a long way to go before we have true inclusivity and representation that reflects the actual demographics of our world, and as Americans, of our country, but I think that the increase has been really helpful and really great. We know writers who came in to publishing around the time that we did who had a great deal of trouble getting marketing for their books, getting placement for their books because the protagonists’ race or sexual orientation, and to see books coming out now and really getting that marketing, getting the beautiful covers, really being pushed hard and seeing readers — who have clearly been looking for these books — snatching them off of shelves is great.

CASSIE: I guess what gets me worried about it sometimes is when people refer to it or talk about it as a trend, because to me, a trend is something that passes, you know, it’s like saying “there’s a trend for red sneakers” or something and I’m like hopefully this isn’t a trend, hopefully this is a direction and that direction will continue. I also agree with what Holly said, and I would just add that one of the things we see from behind the scenes is that many of the people who work in publishing who make the decisions about buying and marketing books are straight and White and until that changes, I don’t think we’re going to see the inclusivity that we want to see because things have to change behind the scenes.

You’ve both been writing for quite some time now. What do you think is the biggest change you’ve seen in Young Adult literature so far?

HOLLY: I actually came in before Young Adult literature was a big thing, and back then, nobody wanted to be a Young Adult writer, everyone wanted to be a picture book or Middle Grade writer since that was where the market was. It wasn’t until I think, Gossip Girl [that people started to take YA fiction seriously] because that was the first series that really brought adults into reading YA. It was also around that time that Barnes & Noble in the US, moved its YA section outside of Children’s — it hadn’t been outside of Children’s before — and separating it out brought in an older teen audience. So for me, the biggest change has been watching it go from being very much a part of Children’s to being this liminal space in which you see older teens, college students, and adults finding their way around and the protagonists have gotten older as a result.

CASSIE: Over the time I’ve been in YA, definitely it’s gotten older and not just because you know my readers who have stuck with me have gotten older. In my experience, I’m seeing older people at signings and whatnot. I went to a festival once and I saw Leigh Bardugo and a lot of the people who were coming to read her books were older and she hasn’t been writing for ten years, she’s only been writing for five years, so I think we have a big group of people — and I read this as a statistic in the New York Times the other day — like 50 percent of the people who read YA are over the age of 25 or something like that, so they are themselves, adults. When I came into YA, it was something that was strictly written for teenagers and now it’s definitely known that adults read this book as well, and as a result, we’re allowed to tackle more mature themes and we’re also allowed to have older protagonists.

HOLLY: And the books have become longer!

CASSIE: I’m a long book writer I can’t help it!

Cassie, was it difficult to pursue mature themes regarding non-heteronormative relationships in your books?

CASSIE: With the market getting older, I had a lot less pushback and trouble from Mark, Kieran, and Christina’s [polyamorous] relationship than I did with Magnus and Alec back when I first started in 2007.

When I started with Magnus and Alec I had a lot of pushback, like I remember meeting with a woman who worked for a big school book fair in the US and she was like “oh, we can’t carry your books and you know why.” I was shocked but at the same time, I wasn’t surprised because I knew that that was something that was an issue for them. Another thing was at that time, when the books were reviewed — and that was the case for Holly as well — we saw that people would put warnings, like “we should warn you that this content is in this book” and the content was just about kissing but they looked at it and treated it like it was very racy content because it was in the context of a same-sex relationship. So I do think that’s changed a lot in a positive way since I first started, like we’re starting to see more of that kind of content and the idea of warning readers about it would be offensive now.

With Mark, Kieran, and Christina’s arc, my editor was like “well I kinda figured that this was where this was going.”

Let’s talk about fandoms, and to an extent, toxic fan culture. What are your thoughts on this?

HOLLY: Because I write so many different books, I think I have more readers than a typical “fan culture”, like I don’t have an aggregate group that talks about my work, because even with Spiderwickfans, it’s more often that I would hear from readers individually rather than collectively. But what’s interesting for me now is that after writing Folk Of The Air,I’m getting all these fan art, I’m seeing the fandom make jokes! So yeah, I think getting into the fandom is going to be an interesting experience for me, after having watched Cassie navigate her fan community for a long time.

I think it’s absolutely fair for fans and readers to have a sense of ownership over the characters but I think that stops short when they start to feel that the person who created the characters doesn’t deserve to have them or isn’t allowed to have them anymore.

Most of the time I only get to see this online, like on social media. Has this ever bled into real life?

CASSIE: One of my favourite stories was when I was doing a signing and a girl came up to me and she was pretty angry and she said “if it was up to you Alec would be dead” and I was like “Yes, it is up to me.” There is a lot of discussion on when does the author disappear from the process, but with a story that’s ongoing, readers have to accept the fact that the author will keep on writing about these characters and that they are going to choose what happens to these characters.

CASSIE: it’s interesting because I just wrote The Principles of Magicwith Magnus and Alec and I’ve seen reviews of it and people like it but what’s funny is that they’re surprised that there’s an actual plot and that Magnus and Alec are in danger, and I think it’s because they’re just strongly thinking that they’re just going to go on dates and go climb the Eiffel Tower, or go shopping and buy matching outfits, and I’m like, “actually, all of that stuff happens!” But [at the same time] they’re also still in danger because it is a book. There’s that push-pull between “I love this character and I want him to be okay” and “I love this character and I want him to have a story.”

HOLLY:  I truly hate and fear zombies! I can’t even stand it when people moan and put their hands in front of them.

CASSIE: I don’t hate unicorns, but I’ve never been the girl who’s like “oh, if only I had a pet unicorn, I would be happy.” But zombies, I love zombies! I’m totally fascinated by zombies, like if my husband is playing video games, I’d only come over and watch if it has zombies. It’s a real tragedy that Holly hates them.

HOLLY: Okay, what Apocalypse would you prefer? A zombie apocalypse? Or a unicorn apocalypse?

CASSIE: How is that going to be an apocalypse when it’s unicorns?

HOLLY: They stab you with their horns!

Queen of Air and Darkness by Cassandra Clare and The Wicked King by Holly Black and all their other books are available in all NBS Branches and online on National Book Store. (Illustration by MIKE REBUYAS)

0 comments on “On YA fiction, fandoms, and diversity: A conversation with Cassandra Clare and Holly Black” 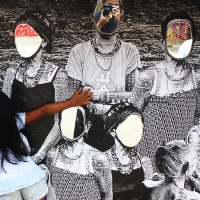 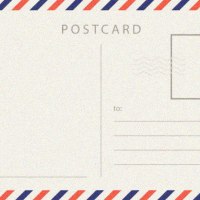 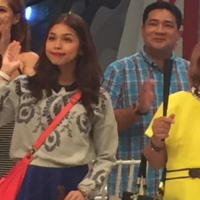