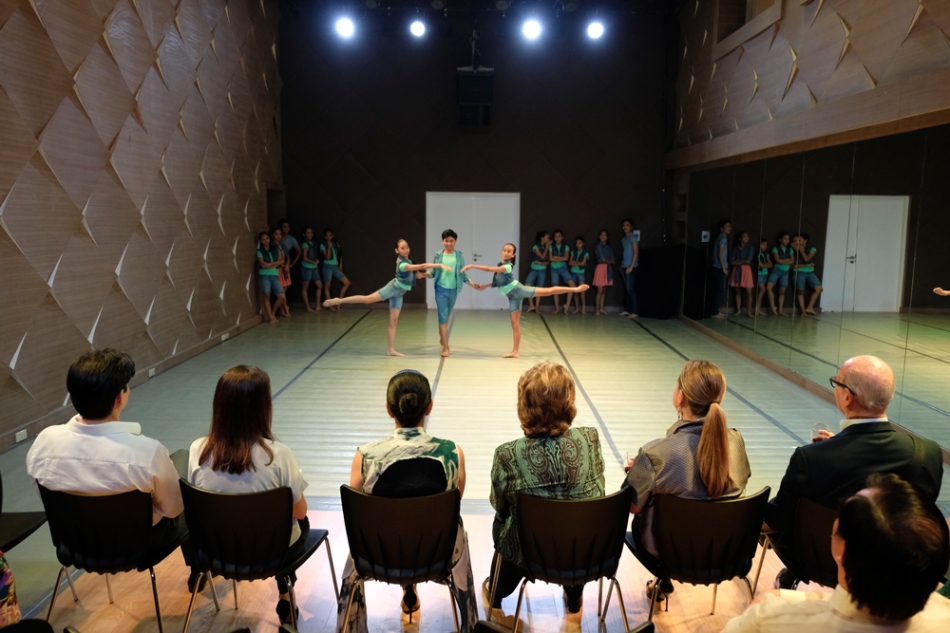 Gone are the days when we have to book an international flight just to watch West End and Broadway hits like Chicago, Wicked and Les Misérables in their full, live glory. In fact in the last three years, we’ve seen those three musicals staged alongside many ambitious shows in Manila. We can also bid farewell to long periods of waiting for the next mind-blowing and heart-warming or -wrenching performance to arrive. They’re all over Metro Manila now, thanks partly to the venues that meet the demands of such productions and thereby making them accessible to us.

They’re sprouting as we speak. Last December, BGC Arts Center opened its doors to the public. It is built by the same people behind The Mind Museum and is designed to be the “art” counterpart of the latter’s “science.”

At first glance, the development is like an extension of Bonifacio Hight Street — modern, classy, without the intimidation factor. It is a huge, open (and therefore already inviting) space, with an amphitheater on one end, a performing arts theater on another (a low-rise building that houses an auditorium, recital hall, lobby, classroom and exhibit hall), and a plaza in the middle. Bonus: there’s also a snazzy 24/7 McCafe serving new drinks and desserts in it.

This month it held the inaugural BGC Arts Center Festival. In one weekend, theater outfits, artists and visitors had the chance to “road-test” the venue. Around twenty performances and activities, ranging from children’s play and opera to spoken word and improv to concerts, happened simultaneously throughout the BGC Arts Center.

For some of us, it was an opportunity to catch up on or rewatch plays that had made an impact since their premier, like Rody Vera’s Happiness is a Pearl. The 120-square meter Zobel de Ayala Recital Hall, where Vera’s work was performed, was about right for an intimate one-act play. Though we couldn’t tell if the experience was as pleasurable from the fifth row and beyond. Acoustics was generally satisfying, while the lights were impressive.

We didn’t have enough time to check out how the other areas were put to use, but that’s what the rest of the year is for. We’re excited to see how the Globe Auditorium, for example — with its retractable seats, orchestra pit and modular platform — will be configured in the future, what stories will be brought to life within its walls. We’re also looking forward to the exhibits that shall be mounted here.

If all goes as planned, the dynamism brought about by the two-day festival will become the BGC Arts Center norm. Definitely can’t wait for that.