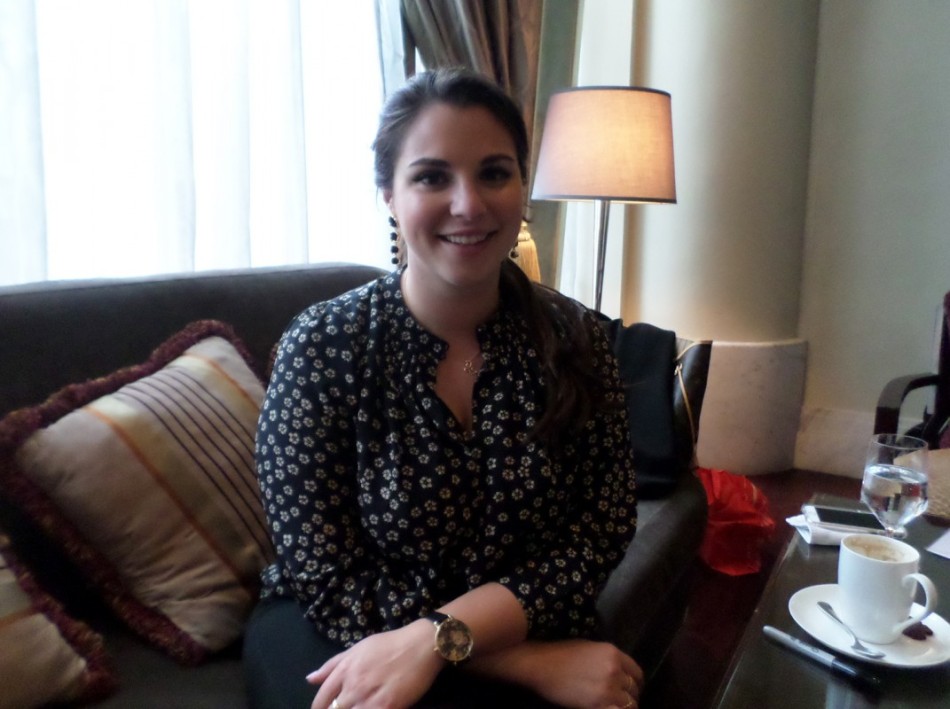 Having your debut novel published at age 24 is a big deal. Said novel becoming a New York Times best-seller and material for a major movie production outfit in the same year is, well, you do the math. Let’s add to the equation the fact that Victoria Aveyard, on her first gig as a professional writer, signed up for a 4-book series.

That’s why I imagined a cocksure young lady to greet me at the Raffles Bar in Makati City when it was my turn to spend time with the Red Queen author, who’s currently on a promotional tour in the Philippines. Instead, I met someone soft-spoken and easy-going. There were even hints of insecurity in Aveyard’s words, which she let out with neither affectations nor over-intellectualization — uncharacteristic of millennials thriving in the literary and art scene.

She can be feisty, though, and show a darker side. You wouldn’t be able to write a book about power, betrayal and deceit if you’re all sunshine and rainbows after all. Aveyard will sign copies of her book over the weekend and if you get up close and a little personal with her, you’ll see what we’re talking about. If not, read on and discover why we adore this YA fictionist.

Victoria Aveyard knows that she can’t take all the credit for her success. “I’m not the norm. I’ve been really lucky and I’ve had people who worked really hard — the best team in the business,” she says. “They’re totally the reason that this book is a hit.”

Just like you and me, she’s addicted to social media and that’s actually her on Twitter and Instagram as @VictoriaAveyard. “I grew up with social media and was using it organically before I became an author,” Victoria explains. “I was told that when you’re an author it’s a great thing to have, to connect with your readers. I said, ‘Awesome, so I’m gonna keep tweeting dumb things that happened to me all day long.’ But I do tweet way too much. Sometimes I definitely have to disconnect.” How? “I just use my own will power,” she says.

3. “Books and movies are really important.”

The day we met, it was Super Tuesday in the US and she had been tweeting about it. It led me to ask if she’s one of those writers who genuinely think that words can change the world. “Yes,” she replies quickly. “Literature and film have an incredible influence on culture, on the national mind set. Especially with films like Schindler’s List. Before that came out, people didn’t have much awareness of the holocaust and then afterwards it was taught in schools and everyone learns about it.”

4. “The maid died and the princess didn’t care.”

Victoria had to thank her parents, who were into movies, for getting her to love storytelling. “When I was around 2, my mom was pregnant with my brother. She’d turn on the television so I would chill out because she didn’t want to run around with me. That started me being fascinated with stories,” she shares. “The first story I tried to write was about this princess escaping from a dungeon. I wrote one page of it in crayon and it was really weird because she escaped with her maid. The maid died and the princess didn’t care and just kept running. And then I stopped writing. In hindsight I thought, ‘Oh okay so that’s always been my taste.’”

5. “I like fantasy because I can make up my own rules.”

“I’m the kind of writer that needs to know every detail of a world before I get in there,” says Victoria when asked why she gravitates toward the genre. “That’s why I usually like fantasy because I can make up the rules as opposed to going to Wikipedia and reading this long article and trying to memorize different kinds of saddles used in a particular period.”

It’s Victoria’s reason for taking on a series, which is daunting for a first project. “I wanted to write novels, but I never thought I could finish one because they’re so intense and so long. But then after four years of education, I thought, ‘I now know how to tell a story,’” she says. “I finished several different stories and I thought it was time I could try and write books, so I did. Even as I was writing I knew I wanted to write a series. Because I’m a greedy writer and I’m a greedy reader. I want more, so I thought yes it’s definitely going to be a series and that’s four books.”

In case you don’t know it yet, Red Queen will be adapted for film by Universal Pictures, though production hasn’t started yet. Victoria studied screenwriting in college and is also working as a screenwriter, though her involvement in her book’s film is minimal — just how she likes it. “I know that it’s for the better because it’s not my job,” remarks the author. She’s not even mulling over actors who might play the lead characters: “Honestly I have no idea. I’m not a casting director,” she says. “We only have the draft of a screenplay, a fantastic writer, and a director. The pieces are moving, which is really cool.”

It’s no news that writing isn’t a lucrative job. Victoria’s parents were supportive of her dreams but they warned her about the risk she’s taking. “I applied to different film schools in college but they also made me apply to regular schools as well so I could get a degree that would get a job,” shares Victoria. “I wouldn’t be here without them telling me, ‘You can do what you want, but just know that you have to work for it.’” She continues, “I think that’s one thing that sometimes parents forget to add when they say to their children, ‘Reach for the stars’ — and they kinda coddle their kids a little.”

On the biggest lesson she learned since writing her first book: “Eyes on your paper. Don’t compare yourself to anybody else. It’s only going mess your head if you keep asking how many did they sell or what were the stories in their book,” she says. “And get a thick skin, because you’re in the public eye.”

“I can’t even put to words what I felt when I found out that this book have been sold. It’s basically telling me, your sacrifices and what you’ve been wanting to do with your life is finally valid,” says Victoria, referring to the highs of working on Red Queen. As for the lows, she says, “When I was writing the first book I was worrying that it was garbage. I didn’t think it would do anything for me and it’s an embarrassment. And of course I was wrong, thank god.” Now her fear is not being able to keep the pace and level she has set up for herself. “People like the first two books so much, so I hope they like the next one and I hope they stick with me,” she continues. “I’m always always going to be afraid that this next one is the one that people are going to hate. Or that I’m not going to do the story justice.”

Victoria Aveyard is in the country for two book signing events happening on March 5, 1 p.m. at The Gallery, Ayala Center Cebu and on March 6, 2 p.m. at National Book Store, Glorietta 1. Registration starts at 10 a.m. for both events. Only books purchased from National Book Store, National Book Store Express, and Powerbooks will be accommodated. Share your experience online using the hashtag #VictoriaAveyardInPH. 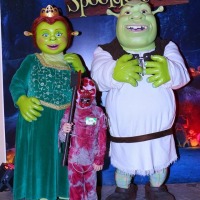