According to the legends and myths of old, the majestic firebird Phoenix burns brightest when it’s at the end of its life, as a way to signal not just the end of its existence, but also, its impending rebirth. X-Men: Dark Phoenix however, went out not with a glorious blaze, but rather, with a sad, lifeless sputter.

The fourth film in the new X-Men series and tenth overall in the Fox-led film franchise adaptation of the titular comics property, X-Men: Dark Phoenix is director Simon Kinberg’s second stab at one of the comic book series’ most iconic of arcs, The Dark Phoenix Saga (Kinberg previously wrote 2006’s ill-received X-Men: The Last Stand). It’s an ambitious project, and has been touted in conventions and promotional interviews by the cast and crew as “epic” and  “emotional” in its scope. The end result however, is a joyless and half-hearted piece bogged down not just by underutilized and underdeveloped characters, but also, by gaping and unfilled plot holes.

Created by comic book icons Stan Lee and Jack Kirby in 1963, the X-Men were  dubbed as Marvel’s “strangest super-heroes of all” in the sense that despite being every bit as powerful as The Avengers and The Fantastic Four, they were also virtual pariahs — attacked and demonized by the very people they were saving all because they were born different. Their struggles against bigotry, prejudice, and hate weren’t lost on readers, and eventually, the X-Men and the rest of the mutants became extended metaphors for oppressed minorities, superpowers be damned.

By the time the title got relaunched in 1975, the team found itself dealing with threats from the cosmos: they battled world eaters; they fought against alien invaders; they dealt with time travel;  and in the case of The Dark Phoenix Saga, they had to contend with forces beyond their comprehension.

Kinberg’s vision of the film primarily embraces the majority of the aspects explored in the original material: there’s a space exploration gone awry;  a primal force from the cosmos manifests; dark secrets are uncovered; and a mysterious, malevolent presence attempts to destroy them from within. It’s just too bad that the film never really goes anywhere after that.

Opening with a flashback set in 1975, Dark Phoenix shows a young, orphaned Jean Grey, as she’s being left in the care of Charles Xavier (James McAvoy), after her latent telekinetic and telepathic powers accidentally cause a fatal car crash. The film then jumps forward in time to 1992, wherein the X-Men see themselves sent to space at the request of the President, in order to rescue some astronauts caught in a mission gone wrong. The X-Men’s trip is largely a success, save for the fact that Jean (Sophie Turner), during a moment of heroism, found herself getting hit by a wave of cosmic energy. Jean survives, and the team goes home.

This doesn’t go unnoticed however, and we soon see aliens head to earth.

Back on Earth, Jean, already a powerful mutant in her own right, finds her abilities amplified: she becomes unpredictable; she discovers tragic secrets; she loses control and injures her classmates; she leaves the X-Men; she kills a friend; she finds herself manipulated; she becomes dangerous.

What follows is an unsatisfying and anti-climactic superhero smackdown.

For the most part, X-Men: Dark Phoenix fails because it forgets the very core of its source material: that while the X-Men are a superhero team, they are first and foremost a family; and that while The Dark Phoenix Saga is about Jean Grey, it’s also about how the rest of the X-Men deals with her struggle against power and corruption, as well as her apparent descent into villainy and madness. We see none of that here. Instead, we end up sitting through scenes where Cyclops (Tye Sheridan) appeals to Jean’s good heart with the flattest of pleas, or ones where Mystique (Jennifer Lawrence) admonishes Xavier regarding his growing narcissism and hubris. Not only that, we only get to see the most tenuous of connections and the littlest of emotional beats throughout the film, so when things take a turn for the tragic, the drama and tension feel off, ham-fisted, and unearned.

Adding further insult to injury is the fact that the film’s take on the all-powerful Dark Phoenix is nothing short of bland and generic — Turner spends most of her time squinting and repeating “I can’t control it” throughout the movie while sparks crawl on her face — a crying shame, especially when one takes into consideration the rich history of the character in the original books.

The film also suffers from sloppy character development for most of its other characters,  effectively wasting the talents of an otherwise stellar powerhouse of a cast — Turner’s Jean Grey, Fassbender’s Magneto, McAvoy’s Xavier, Jessica Chastain’s Vuk / Smith and Nicholas Hoult’s Hank McCoy / Beast are standouts in this film — by handing them the flimsiest of materials to work with. The other characters, Storm (Alexandra Shipp), Nightcrawler (Kodi Smit-McPhee) and Quicksilver (Evan Peters) fare no better, with the trio reduced to nothing more than living props during the film’s entire run.

A far cry from the likes of X2, First Class, and Days of Future Past — all of which were heavy on action, drama, and effective storytelling — Dark Phoenix is messy and severely underwhelming, with its narrative too dependent on the audience’s prior knowledge of comic book lore to be easily understandable, and too simplistic to be actually compelling and impressive.

The X-Men have always been looked at as champions of the oppressed and for most of their readers and fans, their stories have always been considered relatable and inspirational. Needless to say, they deserve better.

0 comments on “Burnt out: An “X-Men: Dark Phoenix” Review” 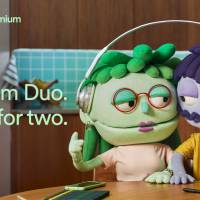 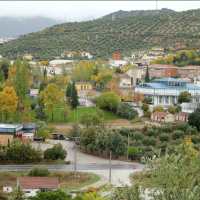 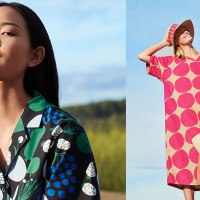 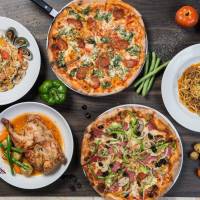