Young actor Shameik Moore (Netflix’s The Get Down) voices Miles Morales, a young teenager and a Brooklyn native who is thrust into a new school, in Columbia Pictures’ new action-adventure Spider-Man™: Into the Spider Verse. But he’s having an even harder time adjusting to his entirely new and unexpected life as a Spider-Man. After meeting some other versions of the superhero from parallel universes, Miles learns to unlock the hero inside himself. But who is Miles Morales?

• Miles Morales was introduced to the Spider-Man comics in 2011, created by comic book writer Brian Michael Bendis and artist Sara Pichelli. While on a Marvel retreat, Bendis and his colleagues discussed the Ultimate Spider-Man comics and what they could do differently to create a universal appeal – months later, on a long bike ride, the idea hit him that if Peter Parker died heroically enough, another character could continue the Spider-Man legacy. Miles was born and has since become a fan favorite – he is a thirteen-year-old son of an African American father and Puerto Rican mother, and is a thoughtful, exciting and contemporary take on the Spider-Man character.

• Brian Michael Bendis has said three things inspired him to make Miles African-American – his own two adopted black children, the election of then-U.S. President Obama, and seeing actor Donald Glover wearing Spider-Man pajamas in an episode of the TV show Community, where he thought it just looked right. Miles’ Puerto Rican side was inspired by Axel Alonso, who was the Editor-in-Chief of Marvel at the time. Axel is biracial like Miles; his mother is British and his father is Mexican, and he wanted a Spider-Man that his son Tito would get excited about having the Hispanic last name of “Morales.” Axel has said in many interviews that the decision to make Miles half-Hispanic was a bit selfish on his part, but he thinks the outcome has been wonderful.

• According to Bendis, Miles has his mother’s last name in order to separate himself from his father’s situation – his dad, Jefferson, was a secret agent of SHIELD, and he didn’t want Miles in their records or in harm’s way. After Jefferson was no longer an agent of SHIELD, Miles was too old to change his name. Some comic readers thought Miles’ last name is Morales because his parents weren’t married when he was born, but they were.

• For his Spider-suit, Miles spray-paints the colors to black and red instead of keeping them the traditional red and blue colors. It reflects his style as a teenager in Brooklyn.

• In addition to the usual Spider-Man powers such as web shooting (from web shooters), sticking to objects, speed, strength, incredible hearing and Spidey sense, Miles has additional unique powers, such as venom Strike (an electrical sort of power that he can deliver with a touch) and camouflage (invisibility).

• The spider who bit Miles has the same camouflage power as him, which is visually represented in the movie. At first, Miles only turns invisible when he’s scared, so he has to learn how to perform the power on command – not just when he’s frightened.

(Watch the new TV Spot for Spider-Man™: Into the Spider-Verse at YouTube:  https://youtu.be/Khynw_fhz8Q.)

“I am a big fan of the Spider-Man films,” says Moore. “In fact, when I was a teenager, I wrote in my diary that one day I would play Spider-Man! But Spider-Verse goes beyond everything we’ve seen before with the multiple universes, multiple villains and multiple spider heroes. With Miles Morales you have a Spider-Man character that we’ve never seen before on the big screen. It’s a completely new experience. It’s also important to point out that Spider-Verse is the first movie about a biracial superhero, ever. His culture, background and upbringing really makes him a different type of superhero — something we have all been eager to see on the big screen for a very long time. That’s why I’m very proud be a part of that.”

“They have really sauced things up with this movie,” Moore adds, “I think both the fans of the original old-school Peter Parker Spider-Man and the new Miles Morales character are going to love this movie. Miles is young, bright and confident, and he’s very different from Peter. But they both have to deal with the responsibilities and rewards of being Spider-Man. They also have different powers. Audiences are also going to really love the story, and enjoy the beautiful animation.” 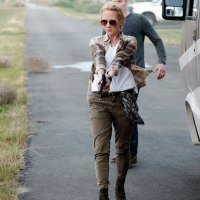 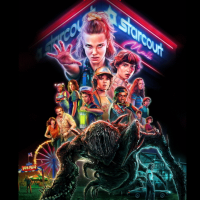 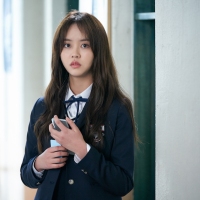