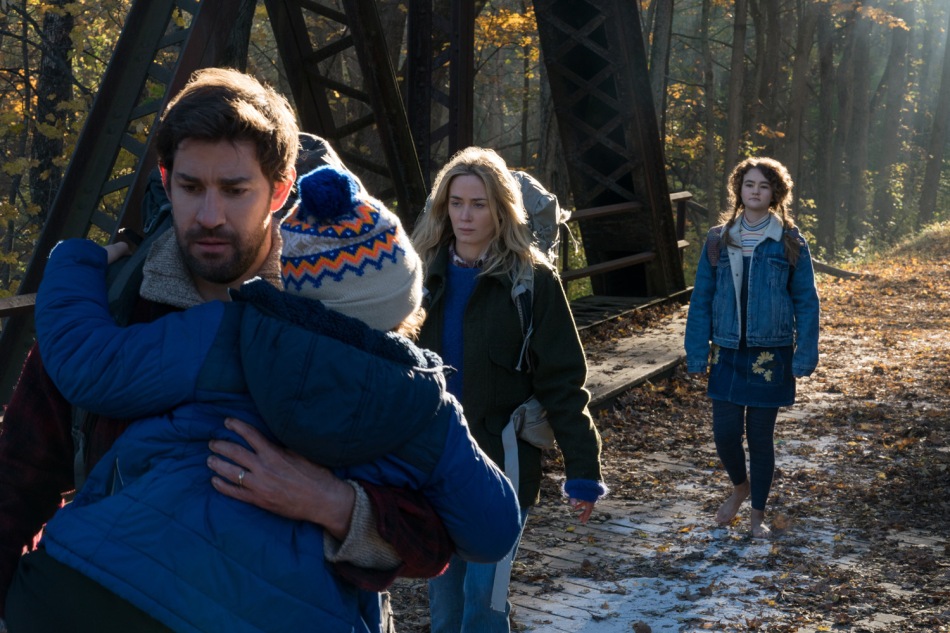 In the modern horror thriller A Quiet Place, a family of four must navigate their lives in silence after mysterious creatures that hunt by sound threaten their survival. If they hear you, they hunt you.

When John Krasinski first read an early draft of the script for A Quiet Place by screenwriting duo Bryan Woods & Scott Beck (Nightlight), the terrifying premise hit home especially hard. Krasinski’s wife, Emily Blunt, had just given birth to their second daughter and he was already spending his nights in the whispering quietude and anxiety of new parenthood. In that atmosphere, he was utterly transported by the idea of a family’s nerve-jangling, high stakes search for safety, as well as their vital need for connection, in a world where so much as a single cry or heavy footstep could bring instant demise. The story seemed to encompass the most virulent fears of parenthood.

At the time, Krasinski was equally known as a dramatic actor (with recent roles in Detroit and 13 Hours: The Secret Soldiers of Benghazi), a writer (whose screenplays include Gus Van Sant’s Promised Land) and a rising director (who made his debut with Brief Interviews With Hideous Men and followed by The Hollars). But with A Quiet Place, Krasinski was compelled to jump into all three roles, his first major feature wearing that whole wide range of hats. As he tackled the re-write of Woods and Beck’s high-concept story, he also saw a chance to play in a unique way with the power of the horror genre. Sure, he wanted to build dread second-by-second in the tradition of breathless thrillers.

But more so, he wanted to create a battle between sound and silence, and between fear and love, that would be a tense, emotional and participatory experience for audiences. Krasinski recalls what first captivated him: “I was already dealing with all the fears of being a new father — fears of how to keep my daughters safe and how to be a good dad — when this came to me and so I related to it on a deeply personal level. I felt that within the basic story was such an interesting, and terrifying, metaphor for what it takes to be a parent. I was an open nerve emotionally then, so it was a very powerful time to start imagining how two parents might try to protect their children by doing the impossible, by living without making a sound. It just made my imagination explode. There was so much about the idea that I wanted to explore.”

The more he tried to envision being a father in an apocalyptic time, the more frightening, and potent, the idea seemed. The story was full of big, disarming jolts but there was also poignancy to a family fighting to communicate no matter how bad things get. “In ordinary life you try to make sure your kids are happy, healthy, well fed, taken care of and educated, which is a lot to worry about. But in this nightmare world, the stress of being a parent is that times 10,000,” Krasinski observes. “In the Abbotts’ world with one false step, you could lose a loved one, something they know all too well.”

In Philippine cinemas April 11, A Quiet Place is distributed in the Philippines by United International Pictures through Columbia Pictures. 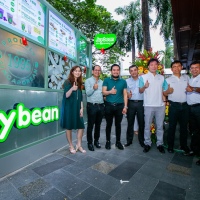