Sadie Sink’s friends were the ones who got her hooked on Stranger Things. But unfortunately for them, she can’t give them spoilers that would for sure make them the coolest kids in school, even for just a while.

In this exclusive interview, the 15-year-old Sink, who plays newbie Max on the show’s second season, talks more about being the new kid on the block, the coolest things about her character, and what she wants people to feel after watching season 2, which starts streaming on Netflix on Oct. 27

What were your thoughts on the show before you joined?
SADIE SINK: All my friends were watching Stranger Things. It was really popular at my school. So it was like, “Sadie, you need to watch this.” So I watched it, well I binge-watched it in two days. When I was watching it, I never once thought that I would get the opportunity to be on it.

What was it like getting the role?
I was, I couldn’t even process my emotions so I just stood there for 30 minutes just trying to comprehend what’s going on.

How do we first meet your character in season 2?
I play Max and she’s moving from California to Hawkins, which is a big change for her. She’s pretty different than the rest of the girls in Hawkins. She likes to skateboard. She skateboards in the halls. She doesn’t really care. She’s very tough, kind of intimidating at times, too.

What do the boys think of Max?
I think they’re curious to learn more about her because she’s kind of into the same stuff as they are. She plays arcade games. She’s really good at that. And especially Dustin (played by Gaten Materazzo) and Lucas (played by Caleb McLaughlin) are really wanting to know more about her.

Is there a little bit of Max in you?
I really love this character. I think we’re both very tough, yeah.

What brought Max to the boys?
I think because she’s different and that’s all what their little group is about. You know, outcasts and people that are really different. And since she’s not like any of the other girls, that’s why she was drawn to them.

A lot of my friends watch the show so they’re like, can you give us any spoilers? I’m like, “No, I’m sworn to secrecy.”

How is the Upside Down affecting season 2?
You see at the end of season 1, Will’s going through some major side effects from in the Upside Down for so long where he’s coughing up the slug. It’s really taken a toll on him.

How does your character develop in season 2?
At the beginning of season 2, Max is very closed off. She’s not in Hawkins to make friends. She’s mad that she’s there, kind of. But once she finds her group, finds her friends, she’s able to open up a little bit. She kind of has this barrier around her and she doesn’t let anybody in and she’s very protective of her past. So once she kind of gets more comfortable with the boys, she’s able to let them know a little bit about what’s going on with her family.

What’s it like to come into a show where everybody already knows each other? How did they welcome you?
They were really welcoming. They are all so nice. I guess it could be intimidating to enter — they all have such close bonds. But I actually knew Caleb and Gaten because we were all on Broadway at the same time so I knew them, I would see them around in New York. So that was kind of nice to have.

What do Shawn Levy and the Duffers bring to the show?
They’re both very different. Their styles are very different and that’s what’s fun. I love having new directors because I get to learn their styles and that’s one part that I love about television. The Duffers are just one of the kids. They goof off with us; they’re really fun. And also, they’re geniuses. And Shawn — I love his style of directing.

How is the show going to be bigger in season 2?
Monsters. More Monsters. You have your supernatural elements that you’ve seen in season one, along with some new ones that you’re going to see in season 2. I can’t wait for everybody to see it.

How does Netflix help expand the reach of the show?
I think the fact that it’s on Netflix really plays a big role in the show’s success because the idea that giving, Netflix giving the viewers the freedom to watch at their own pace and anywhere, all over the world, whether you want to binge in two days, like I usually end up doing, or watch it spread it out.

There’s a lot of secrecy about this season. Has that been hard?
Yeah, it’s so hard. There are so many things that I just want to share, there are so many exciting things that happen in season 2. And of course, a lot of my friends watch the show so they’re like, can you give us any spoilers? I’m like, “No, I’m sworn to secrecy.”

0 comments on “Meet Max: Sadie Sink is the ‘Stranger Things’ newbie to watch” 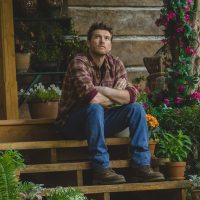 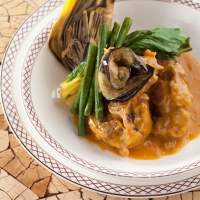